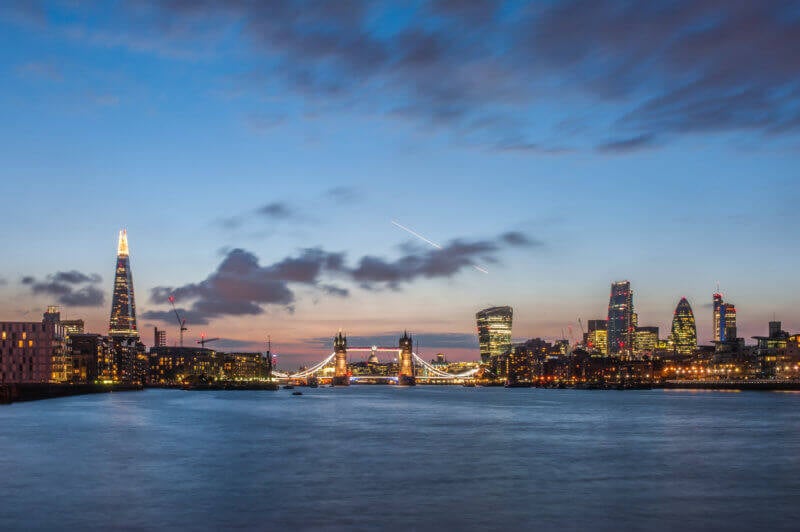 Who needs a reason to visit Paris? Just in case, we have a few. After more than two years of renovation, La Samaritaine, a century-old department store, will reopen in the spring as a multipurpose complex. Overlooking the Seine, it will include shopping, dining, a garden terrace and a luxury hotel. Another smashing historical renovation project Bourse de Commerce — Pinault Collection, housed in the former stock exchange. It will open this summer as a contemporary art museum and will feature nearly 5,000 pieces from the private collection of billionaire François Pinault. Parisinfo.com 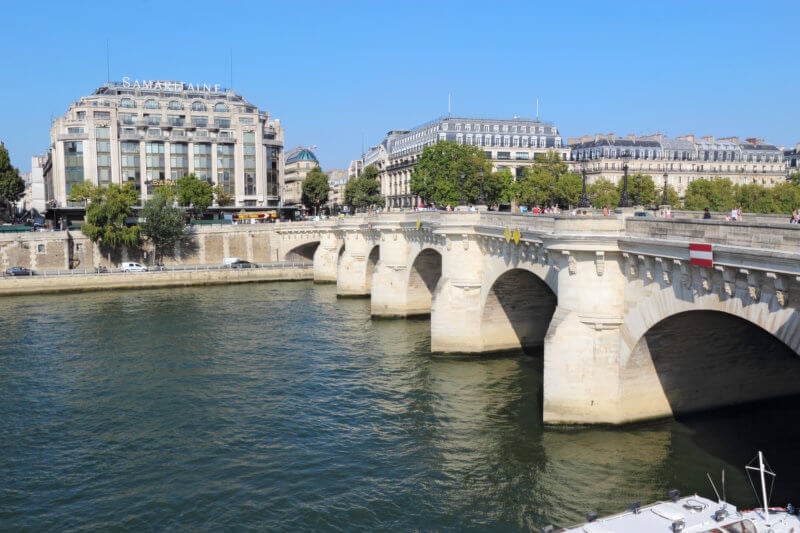 La Samaritaine will reopen with cafes, shops and a hotel.

Fly into Dublin and check out the new Museum of Literature Ireland in one of the city’s loveliest historic houses before heading west to Galway (which has no commercial airport). This happening harbor city is in the spotlight as a 2020 European Capital of Culture, meaning its calendar is crammed with activities, including art, dance and music. Visit the brightly painted pubs, enjoy the buskers and soak up Ireland’s Atlantic coastline.  Galway2020.ie, Visitdublin.com

Take a wee break in Dublin 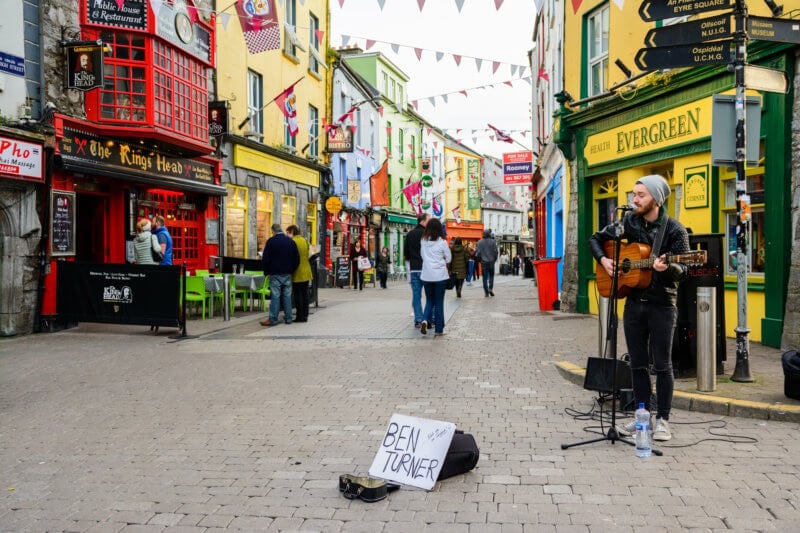 Galway is famous for its buskers.

London shows its colors with Illuminated River, which will light up 14 bridges along the Thames, making it one of the world’s longest public art projects. The LED lights, which have unique sequences, will highlight both the famous body of water and the bridges’ historical and architectural importance. Some are already live, while more will be unveiled over the next couple years. Illuminatedriver.london, Visitlondon.com

Lighten your load in London 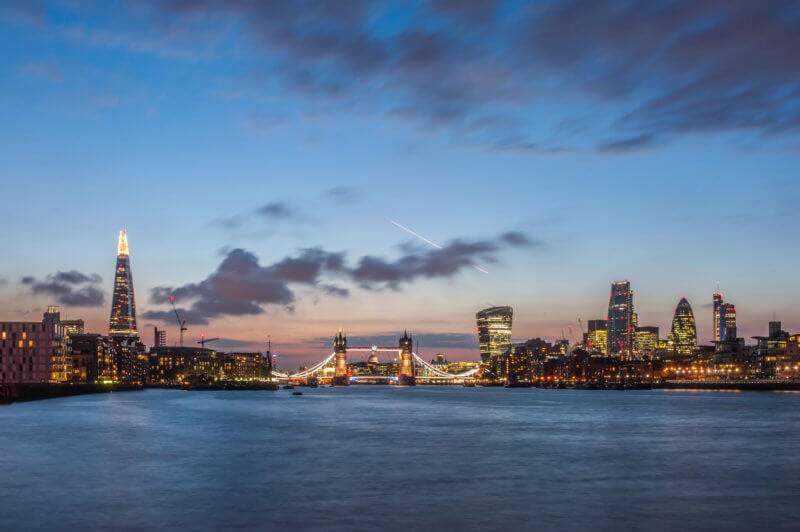 The London skyline at night with The Shard, Tower Bridge and new skyscrapers.

It’s been 250 years since the birth of Ludwig van Beethoven, and Vienna is celebrating “Beethoven Year” to honor its adopted son. Concerts will be held throughout the year, along with a special exhibition at the House of Music. Meanwhile, 2020 also marks the 100th anniversary of the world-famous Salzburg Festival in July, immortalized onscreen in “The Sound of Music.” The hills are indeed alive. Wien.info, Salzburg.info

Hear the sound of freedom in Vienna 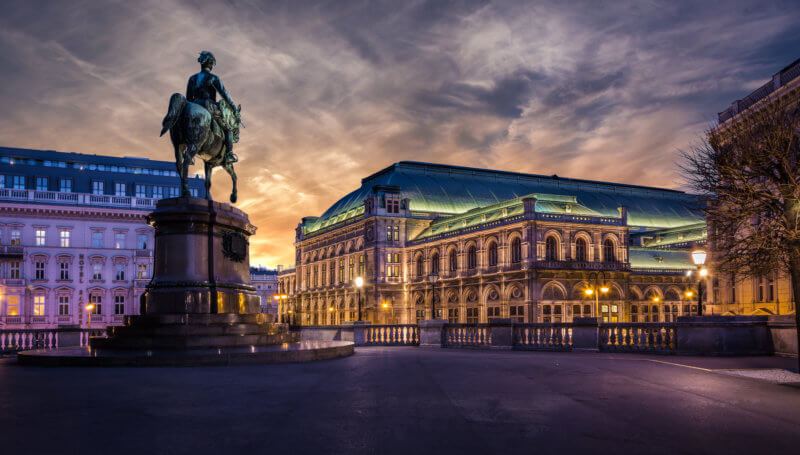 Yes, Copenhagen is our hometown, but that’s not the only reason to visit! The popular square Kongens Nytorv finally reopened after a long closure to add a new metro line (which brings more areas within easy reach). Coming up, the Museum of Copenhagen is reopening this year about a redo that includes a multimillion dollar immersive experience. And make sure to check out the new artificial ski and snowboard slope at CopenHill, a power plant that converts waste to energy. Visitcopenhagen.com

Meet us in Copenhagen 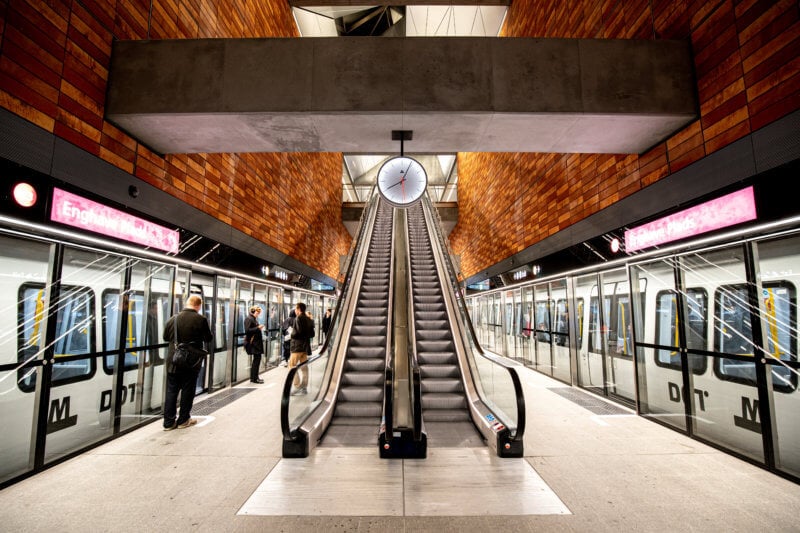 Amsterdam wants tourists to get out of town, at least some of the time, to help with overcrowding. This year the day trip to make is to nearby Leiden, which will be honoring the 400th anniversary of the voyage of the Mayflower from England to the United States. Before the pilgrims set sail for the New World, they spent a dozen years in Leiden, escaping religious persecution by the English. Several special exhibits trace their journey to freedom. Mayflower400leiden.com, Iamsterdam.com.

Ditch your bags in Amsterdam 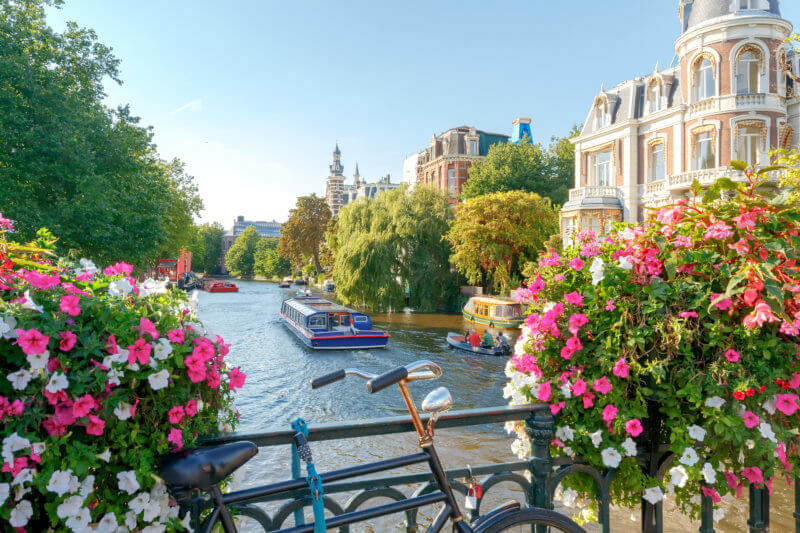 A superb mix of ancient and new, Athens continues to thrill with its iconic landmarks and adventurous up-and-coming areas. Of course the ancient Plaka and Parthenon should be explored, but leave time to check out Pagrati, Gazi and Psiri, all happening ‘hoods. Traditional tavernas still thrive, but the city now has more contemporary culinary options. And check out the new gallery collected by Greek shipping tycoon Basil Goulandris at the Basil and Elise Goulandris Foundation, a name check of modern masters. Thisisathens.org 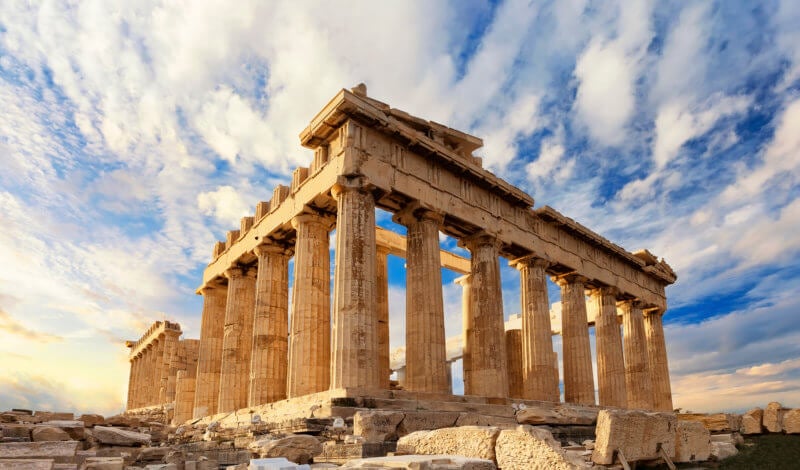 The Parthenon temple at sunset.

Just as Leiden is commemorating the 400th anniversary of the Pilgrims voyage, so too is Plymouth, Massachusetts, where the refugees settled, and nearby Boston, New England’s largest city. Following a three-year restoration, the replica Mayflower II will sail into Boston Harbor in May for a maritime festival before returning to Plymouth Harbor, its permanent home. The best place to understand and experience the lives of the Pilgrims and the Wampanoag tribe, which already had settled the area, is at the Plimoth Plantation. Bostonusa.com

Give your back a break in Boston 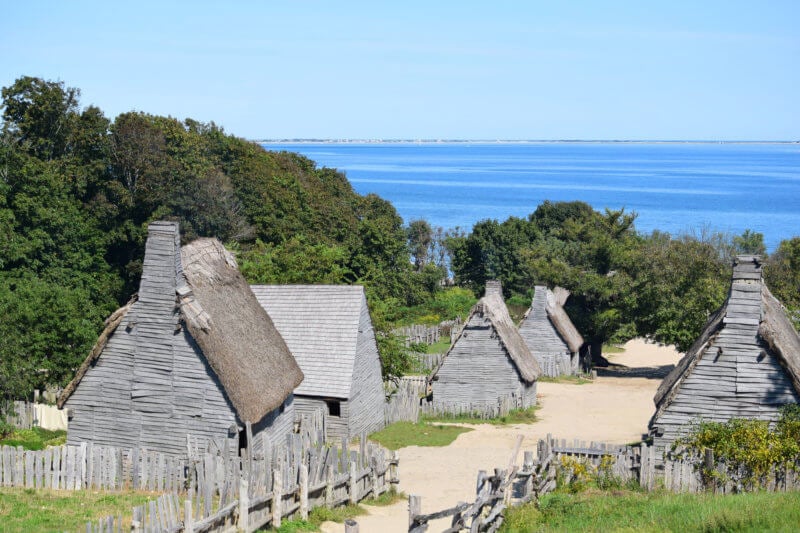 Washington will be in the news this year not only for the presidential election, but because the US is celebrating the 100th anniversary of the 19th Amendment – the law that gave women the right to vote. Several branches of the Smithsonian Institution museums will have special exhibits. Also, the new Wharf, a 24-acre development with restaurants, bars, music venues and a historic fish market sits along the Potomac River, and the Washington Monument finally reopened after years of repairs. Washington.org

Make a capital move in DC 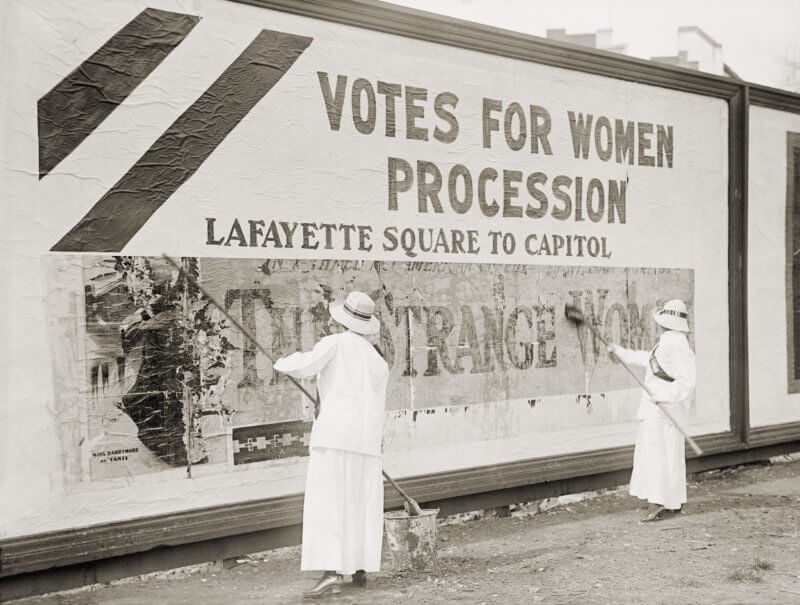 There’s never a not-good-time to visit the city that never sleeps, but these new attractions will give you further reason to stay awake. The long-awaited Statue of Liberty Museum features exhibits and artifacts telling the story of Lady Liberty and also displays the statue’s original torch. The ever-popular High Line now has a Spur, at the western end. The focal point is the Plinth, a series of rotating art commissions. And the magnificent Museum of Modern Art reopened after an expansion by one-third and complete reinstallation of all art. Nycgo.com

Free yourself in New York 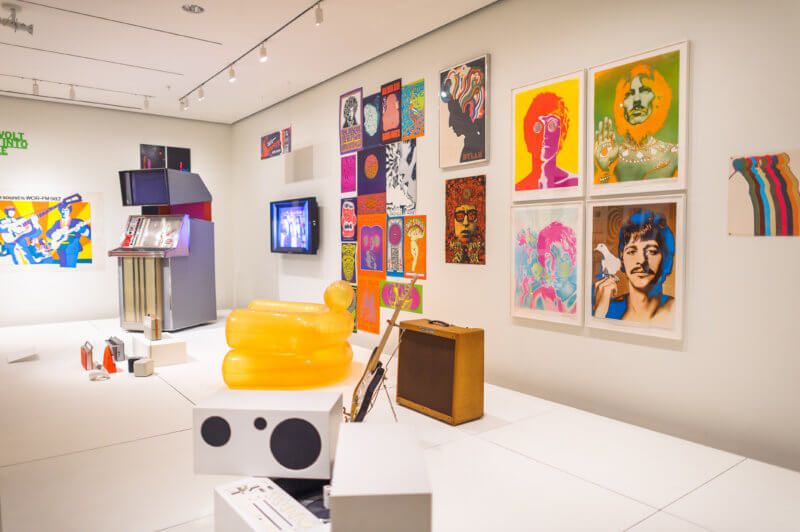 While Los Angeles isn’t necessarily a destination for staying inside, new hotels have invigorated the action. In DTLA, or the downtown district, which continues to grow and prosper, there’s a hopping Hoxton hotel. Soon the 13-story DTLA Proper Hotel, housed in an old YWCA, will open nearby. Meanwhile, the Arts District to the east is starting to hum again with help from Soho Warehouse and the Firehouse Hotel. On the horizon is the opening of the Academy Museum of Motion Pictures. Discoverlosangeles.com

Move as freely as a movie star in LA 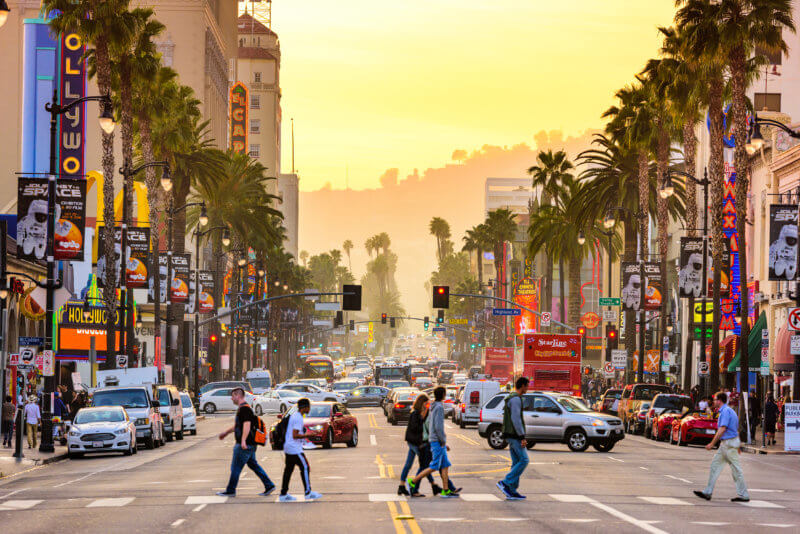 Traffic and pedestrians on Hollywood Boulevard at dusk. The theater district is a famous tourist attraction.

Although Nashville is known for country music, its roots come from Southern folk and blues, which leaned heavily on music from Africa. So it’s fitting that Nashville will be home to the National Museum of African American Music, dedicated to the contributions African Americans have made to American music. The museum, due to open this summer, will feature five themed interactive galleries — focusing on gospel, blues, jazz, R&B and hip hop —as well as a 200-seat theater and traveling exhibits. Visitmusiccity.com 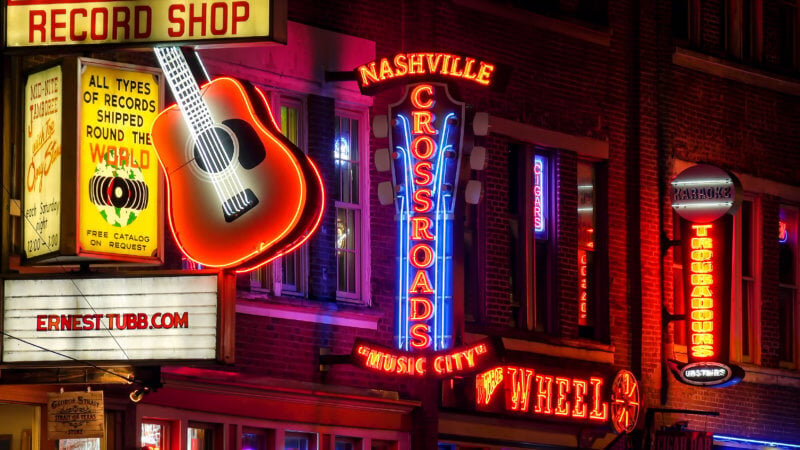 Neon signs at night along Broadway Street in Nashville.