People constantly complain on the social networks of numerous airlines that their luggage was misplaced or that it went to an entirely other location. LuggageHero regularly updates its report highlighting lost and mishandled luggage by leading US airlines. Below is a quick overview from the first quarter of 2022, which reflects the significant rise in post-pandemic travel and the resulting increase in problems with baggage. 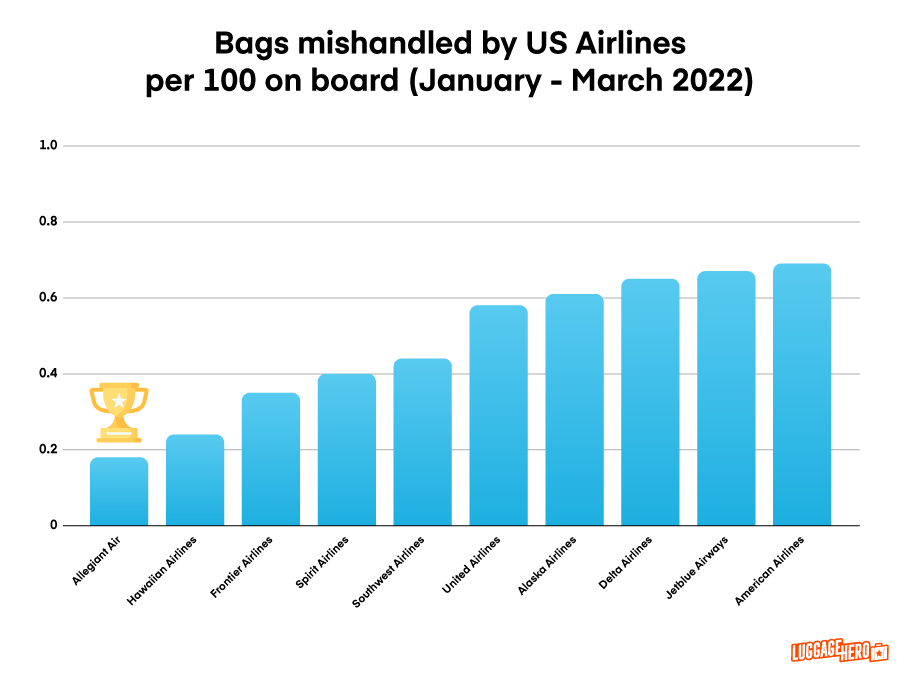 It’s important to note that this isn’t lost luggage: it’s considered lost if it hasn’t been found in three weeks, but 99.98% of luggage is recovered within that time frame, so it’s not lost, but delayed.

In the first quarters of 2020 and 2021, the US Bureau of Transportation calculated the mishandled baggage numbers. The year 2021 was less damaging for travelers, with 241,908 bags mishandled.

Three years in a row, Allegiant air has been named the leading airline for luggage safety, with only 0.17% of enplaned bags being mishandled. Allegiant Air, Southwest Airlines and Hawaiian Airlines round out the top three airlines for safe luggage handling. 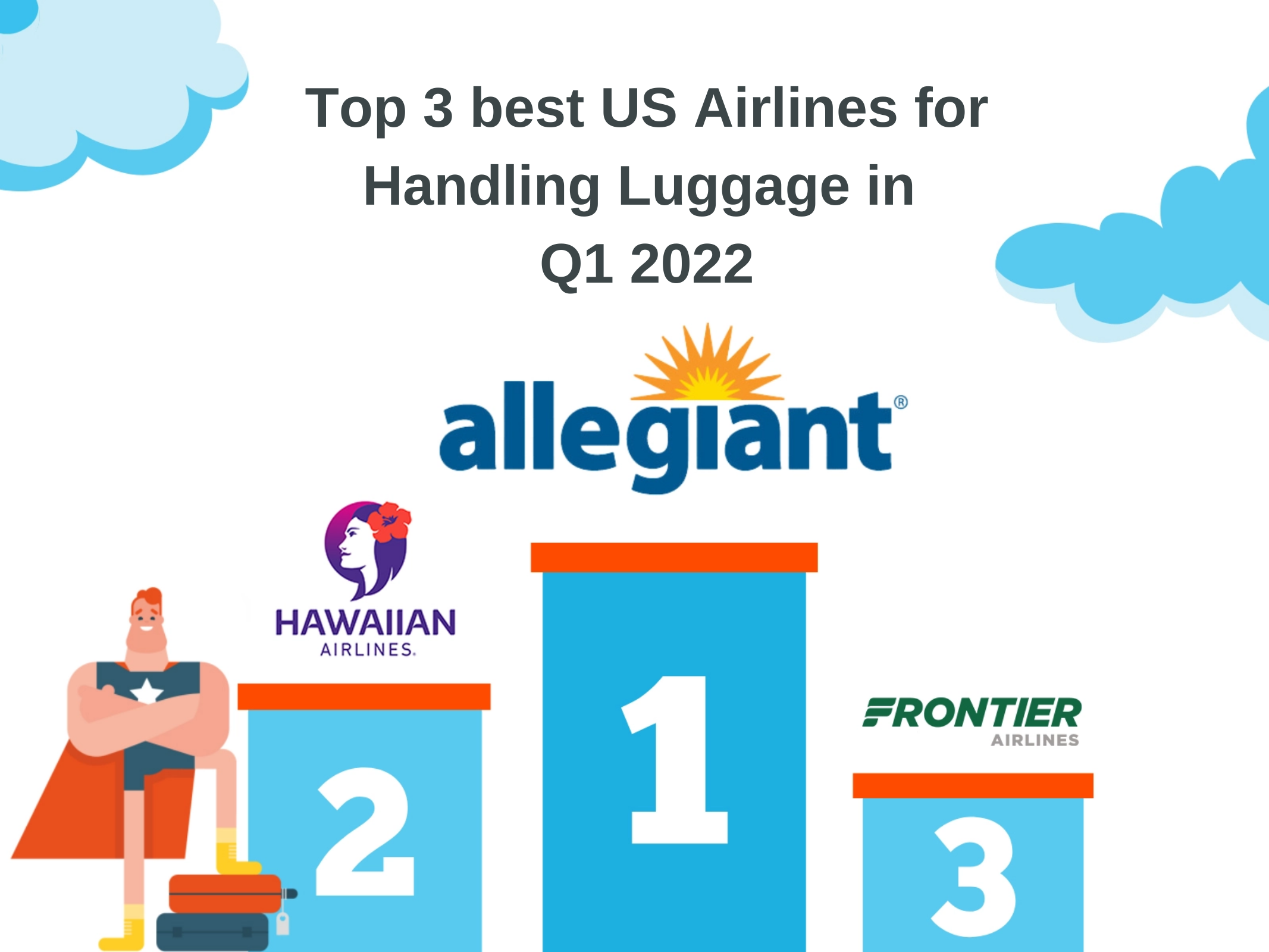 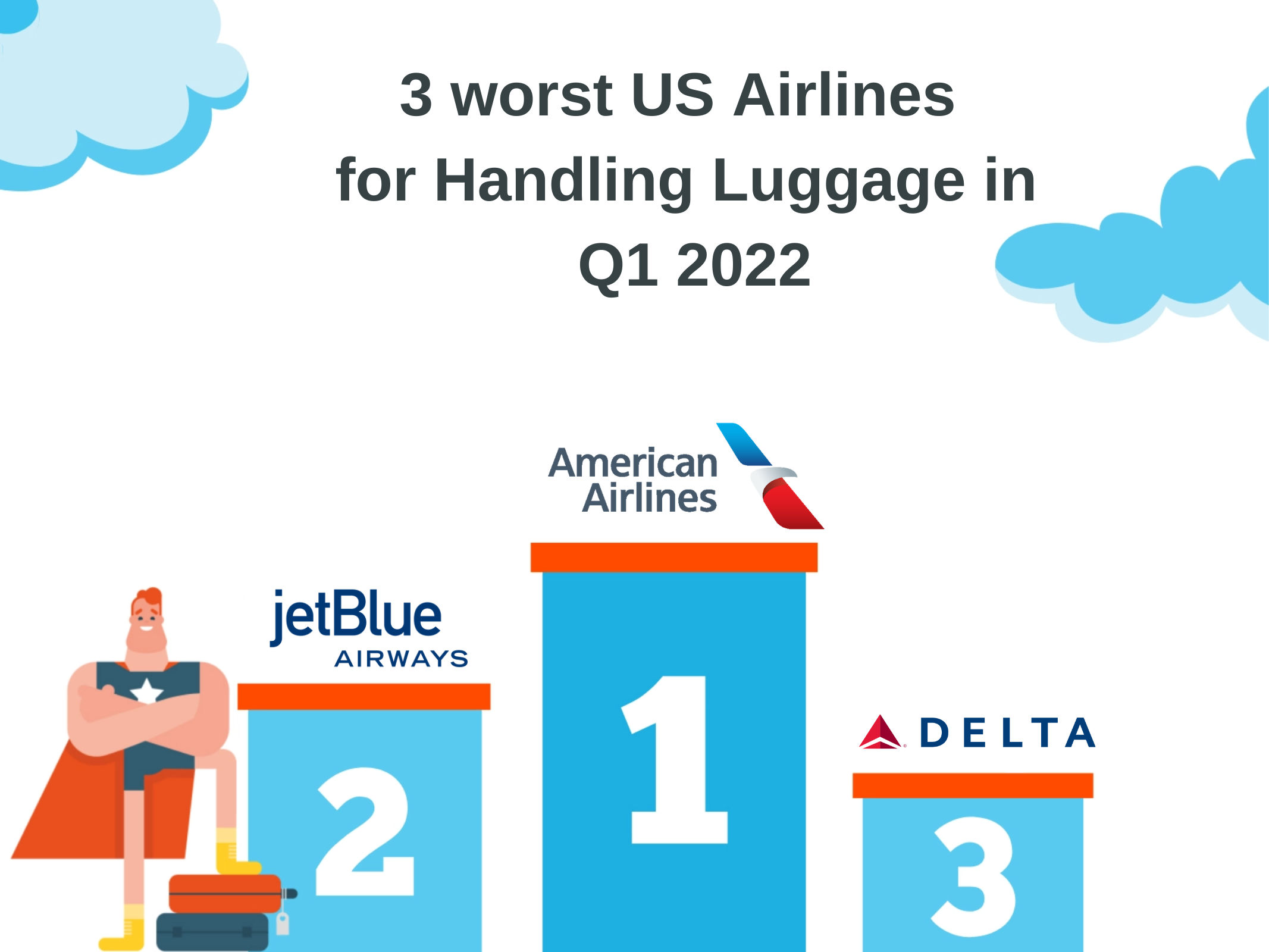 LuggageHero is a network of convenient, safe and affordable luggage storage locations in local shops, cafés, and hotels. We charge from $1 per hour and have more than 760 drop-off points in 70 cities in Europe and North America, including New York City, London, Barcelona, Lisbon, Rome, Montreal, and Copenhagen . In case you were wondering, we have a significantly better track record than airplanes. In spring 2022 we reached 3,5M hours of stored luggage and since starting in 2016, we have not had a single claim for damaged or lost luggage. 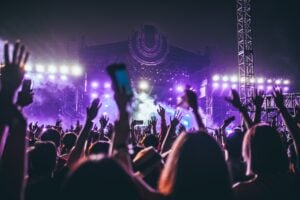 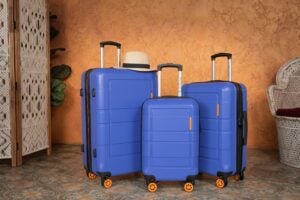 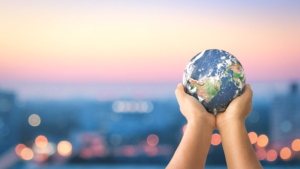