Chat
For this London traveler, a magical experience 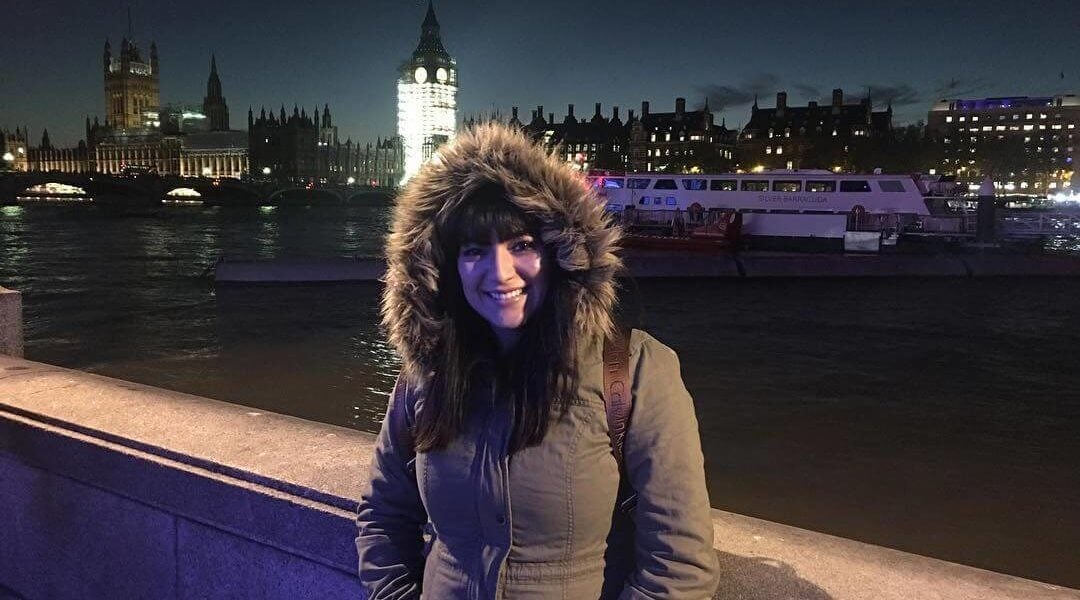 For this London traveler, a magical experience

We met traveler, 26-year-old Alex Garcia, as she was in London in November. Alex is from Fresno, California and is currently a social media manager, if you want to know who she is, visit her on Instagram @alexbee3 or @traveltokens. Alex went to Paris and took a brief trip to London with the Eurostar Train. Here she became a LuggageHero traveler.

Q. How long were you in Paris and London?

A. My girlfriend and I flew into Paris then took the Eurostar train to London for a few days and then went back to Paris.

Q. Your trip was in late November, so what about Thanksgiving?

A. We had Thanksgiving dinner at Steak & Lobster in London, where we had sweet potato fries, so we figured at least we were having sweet potatoes.

Q. How much luggage did you bring?

A. We each had one large bag and small backpacks for going around town. Justina’s bag was heavier than mine, but I did have to go through my stuff two or three times to get it down. It was a long trip, plus it was cold, so we had to bring a couple coats. I try to keep it light, but for two weeks, it’s hard. But with shoes, I usually wear boots the whole time and then I have Tom’s for the house. I could never be that five-shoes-per-trip person. I want to look cute, so I might bring five or so pieces of jewelry. I’ll often buy lipstick on the road.

Q. Do you have a special travel outfit?

A. I always have a beanie for the plane. That way, I don’t have to do anything with my hair. On travel days, I’m not even going to try. I also have an outfit that’s pretty much my travel outfit, even in the car: a pair of sweats, kind of loose fitting, and shorts underneath in case I get hot, and a pullover sweater with the sleeves cut off. It’s all about layers. Plus I like going to get through TSA really easily.

Q. Did you leave room for souvenirs?

A. Oh yeah. The reason I went to London is because I’m a huge Harry Potter fan. I got a tattoo of the three little stars on each page of the books – but the American stars, not the UK ones. I also bought the UK edition of the first book. It’s different in all these fun little ways. In Paris, I got my little sister 25th-anniversary Disney ears and for me an Eiffel Tower necklace from Disneyland Paris with subtle little ears. We did some Christmas shopping too. And of course I got a beret.

Q. How did you know about LuggageHero?

A. We had to change hosts in London because of a cancellation and had a checkout one morning at 11, but couldn’t check in until 3 that afternoon. The host where we were checking in told us about LuggageHero, which sounded really cool. We only had one suitcase, because we were able to leave the other one in Paris and just take one to London, but it was pretty heavy. There were points where we had to lift it onto escalators or stairs, so we definitely didn’t want to be dragging that thing around London.

Q. What drop-off point did you use?

A. It was called The Rose Pub and Kitchen in New Cross and when we got there it was really funny because we were their first LuggageHero customer. They’re not in central London, but the location was perfect for us. The manager was so excited. I told him I’d never done this before either. It was really sweet. It was very easy to use and what I liked the best was the set maximum fee instead of hourly, so I didn’t have to worry about what it might end up costing. When we came back to get our bag, we ended up staying at the pub for a while, playing cards and drinking beer. It was a really cool environment. We wouldn’t have ended up there without LuggageHero.