Chat
Love is in the air: Would you join the Mile High Club? 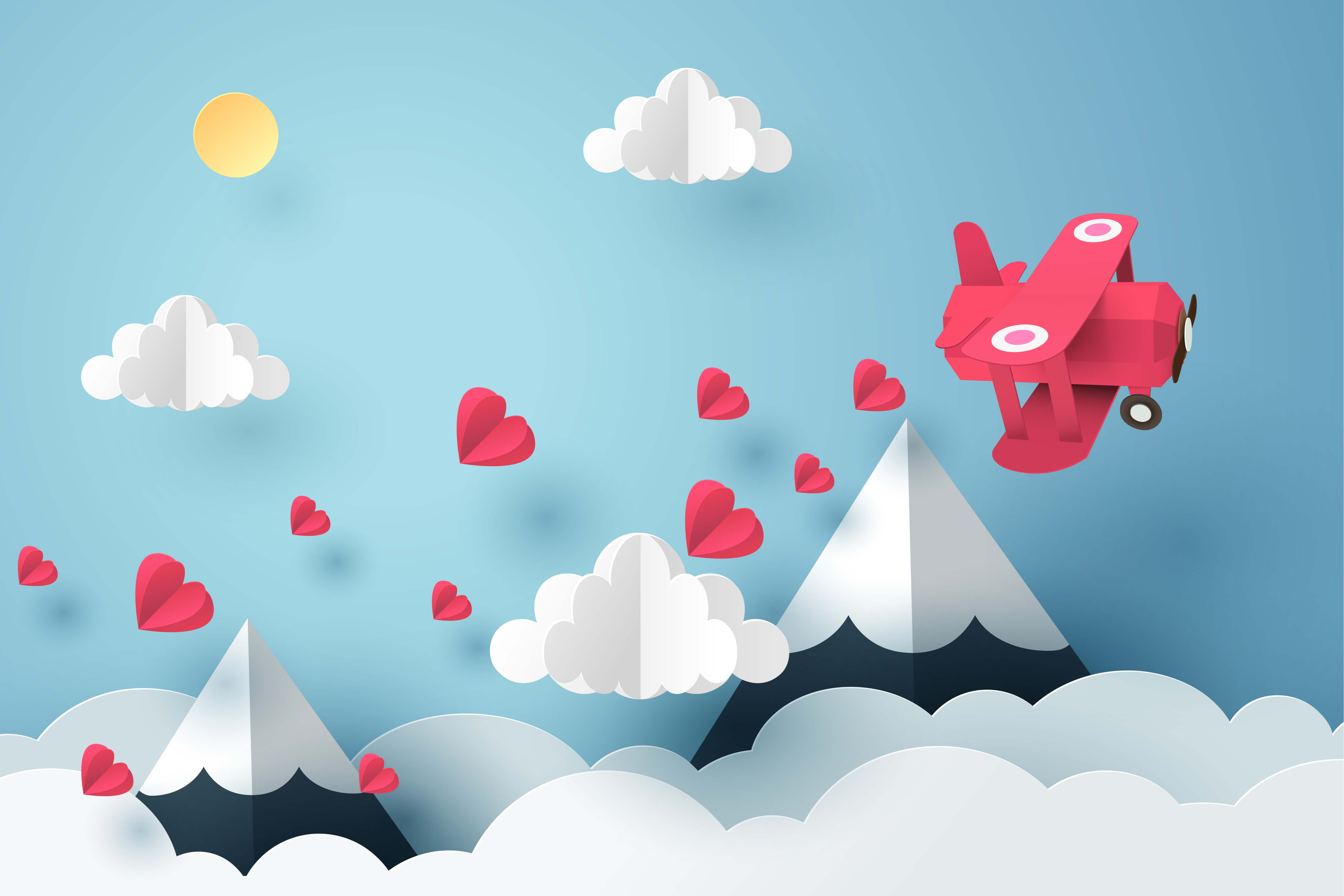 With Valentine’s Day around the corner and love in the air, is this your year to gain membership to the exclusive Mile High Club? To be allowed entry, one must go all-out amorous at 5,280 feet – although cruising altitude (in both senses of the word) of around 35,000 feet is more common.

If you’re considering enrollment, we give you some facts, a few words of caution and some tips for those deciding to buy a ticket to paradise.

Feel free to embed this graphic on your own website. Just remember to credit with an active hyperlink to this article. Download here

A 20-year-old British woman, who had a bit more red wine on a 4-hour flight than appropriate, was asking male passengers to join the Mile High Club. Not only did Demi Burton get no takers, she became boisterous and ultimately ended up with a jail sentence. Just remember: Joining the club requires a clear mind and the ability to make strategic moves. Therefore we recommend drinking in moderation.

2.) Join the ranks of thousands

According to a poll, more people talk the talk but don’t walk the walk when it comes to doing the deed at lofty levels. So stand out by putting your money where your mouth is. According to a Jetsetter poll, the number of frisky fliers is 15% of adults. That would mean that, if you are sitting on the Airbus A380, which is the largest commercial airplane, the chances are that 75 out of the 500 passengers are already in it or will be joining the club.

Feel free to embed this picture on your own website. Just remember to credit with an active hyperlink to this article. Download here

3.) Get in line with A-listers

If you do happen to score, you’ll be in infamous company. Self-proclaimed mile-high celeb members include John Legend, Kim Kardashian, Janet Jackson, Liam Neeson, John Travolta, Gwyneth Paltrow, and, of course, Richard Branson. During a chat on Tyra Banks’ talk show when asked where the craziest place Janet Jackson had done it was, she replied, “On a plane… an airplane… commercial.” And when Tyra asked her if it was in the bathroom, Janet said, “No. That’s what makes it worse…. it was in my seat.”

As the story goes, charter member Lawrence “Gyro” Sperry, inventor of the automatic pilot, found a creative way to use his hands when not flicking the flight knobs. On a 1916 flight with a married socialite, the autopilot was accidentally disengaged, resulting in the couple, wearing only their birthday suits, ending up in the Atlantic near Long Island, New York. Although their altitude was way shy of a mile, an idea sprung to life, as did the tabloid headline “Aerial Petting Ends in Wetting.”  (Sperry was no slouch. He’s also credited with the turn and bank indicator, seat pack parachute and retractable landing gear.)

5.)  Nourish your mind and body

Relationship advisers say that occasionally moving the action from the boudoir can raise the temperature and reignite the passion. Physiologically speaking, the sense of adventure when flying and the forbidden aspect along with a plane’s hum and vibrations can heighten the sensations!

6.) Exercise your rights (and thighs)

Reports of would-be members contorting themselves to make love in the lavatory include mentions of Charley horses, twisted backs and strained necks.  What better motivation do you need to get those muscles moving and finally make use of that gym membership you’ve been paying for?

7.) Add some luxury to your high flying

Lovebirds can make it easier on themselves by flocking to their own nest. Some private aviation companies target twosomes, offering them their own canoodling cocoons. Love Cloud, for instance, zips across Las Vegas in a Cessna with a customized romantic interior that includes “sex position pillows.” A curtain and the pilot’s noise-canceling headphones allow privacy. Flamingo Air, which flies out of Cincinnati, offers a bed behind a private curtained-off area, as well as “champagne, chocolates and a very discreet pilot.”

If your consummation results in conception, you can rightfully name the kid Sky. Fun fact: David Copperfield’s daughter’s name is Sky (born in 2010), so maybe he joined the club already? If you don’t like the name Sky, other options include Alya (meaning “sky, heaven” in Arabic), Azzurra (from “azure, sky blue” in Italian) and Lani (meaning “sky, heaven, royal and majesty” in Hawaiian).

For a more convenient buzz, bring your own vibrating apparatus. According to the U.S. Transportation Security Administration (TSA), “adult toys” are allowed in carry-on bags (as well as checked). But beware that airlines in some countries do have restrictions on these kinds of toys, so do your research before getting that buzz on.

10.) Do it between the book covers

For the shy ones, isn’t it easier to just read the book? Start with the classic “Coffee Tea or Me?” first published in the swinging ‘60s and written as a memoir by two randy stewardesses. More recently, there’s “The Mile High Club” in the Kinky Friedman series; “Mile High Club: First Class All the Way with the Rich and Famous”; and so many more. Or snack on a smorgasbord of “true tales” at  www.milehighclub.com.

It could happen like it did on “The Mindy Project,” where Mindy and her paramour try to get it on in the airplane lavatory. They not only fail, but his arm gets stuck in the trash bin and her hair is flushed down the toilet. Not so unrealistic, actually, so remember to tie your hair back first.

12.) Shrink away from shrinking lavatories

While the average public toilet stall is 34 inches wide, many planes flown by major U.S. carriers have shrunk their lavatories to 24 inches wide to make room for more seats. That’s barely enough room to turn around, much less follow the Kama Sutra. Plus aren’t airplane bathrooms off-putting enough already without exposing even more of your body for longer periods of time?

Mile-high hanky-panky is so 20th-century. The days of free-wheeling flying fun are over. Heightened security measures include using only the toilet in your ticketed cabin and not “congregating” near the toilet, which can mean no waiting in line. Also, flight attendants are trained to size up passengers and keep an eye on them, the opposite of what you want if you’re going for the gold.

Your legal rights when engaging in on-board escapades, especially if you stay seated, are as murky as the overhead PA system. Better to not flirt with getting booted, arrested or publicly humiliated. 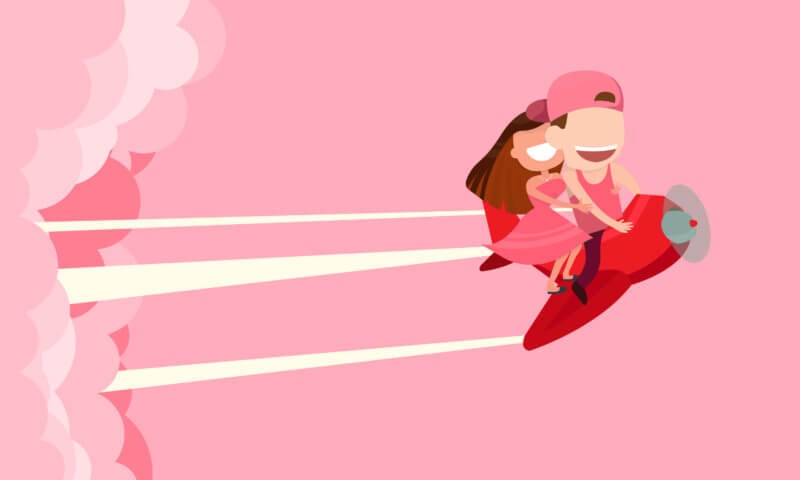 For those so inclined to do the deed, here are a few tips on how to get away with it

Feel free to use our graphics on your own website, just remember to credit with an active hyperlink to luggagehero.com and check out more of our articles here.