This Halloween, you might want to get spooked from the safety of your home.

Haunted houses, scary costumes, and Halloween parties aren’t the only ways to get your creep on. Check out these eerie natural phenomena around the world. Some have been explained, while others might remain mysteries forever. Don’t be afraid to check out these 9 naturally creepy spots and maybe even put some on your bucket list for Halloween next year. 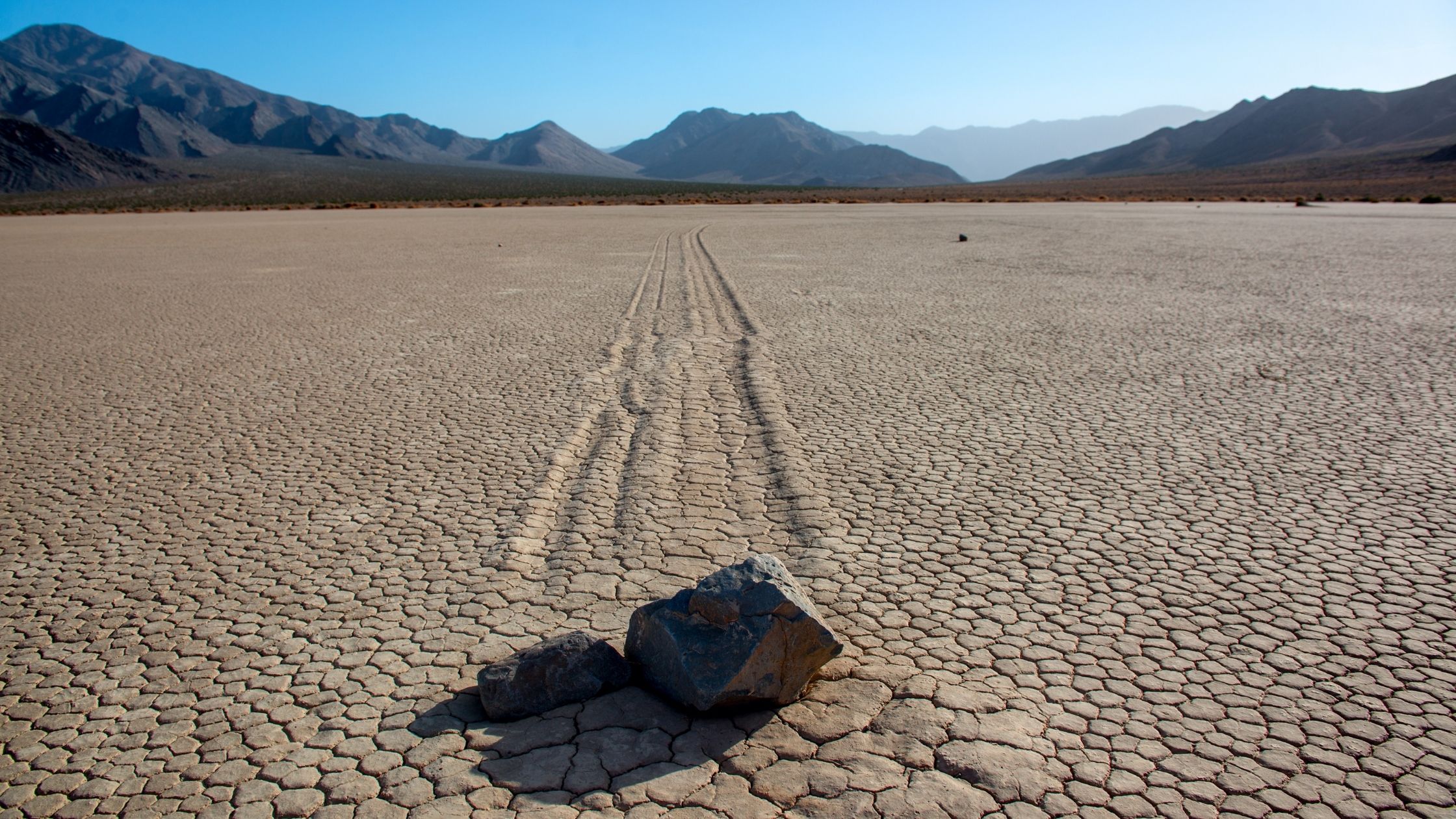 We can start with Death Valley itself. Being famously known for being the hottest place on Earth, it already gets a bit spooky. Reaching 114.8°F (46 °C) in July, you really do not want to be there around that time of the year.

The sailing stones, however, have an entirely different reputation of their own.  What’s so special about these rocks? Found in a dry lake bed called Racetrack Playa, they move along the desert ground with no gravitational cause! Interestingly, people have actually never seen them move in real-time, however, due to the trails left and the changes in their location, it is clear that they do. Spooky? Or maybe not so much…

Scientists believe they have found some explanation for why the rocks move the way they do — the result of a perfect balance of ice, water, and wind. However, some believe that Death Valley and the rocks hold a lot more secrets than we know of. After you pay a visit to the stones yourself, you can come up with your own theory about this great phenomenon. 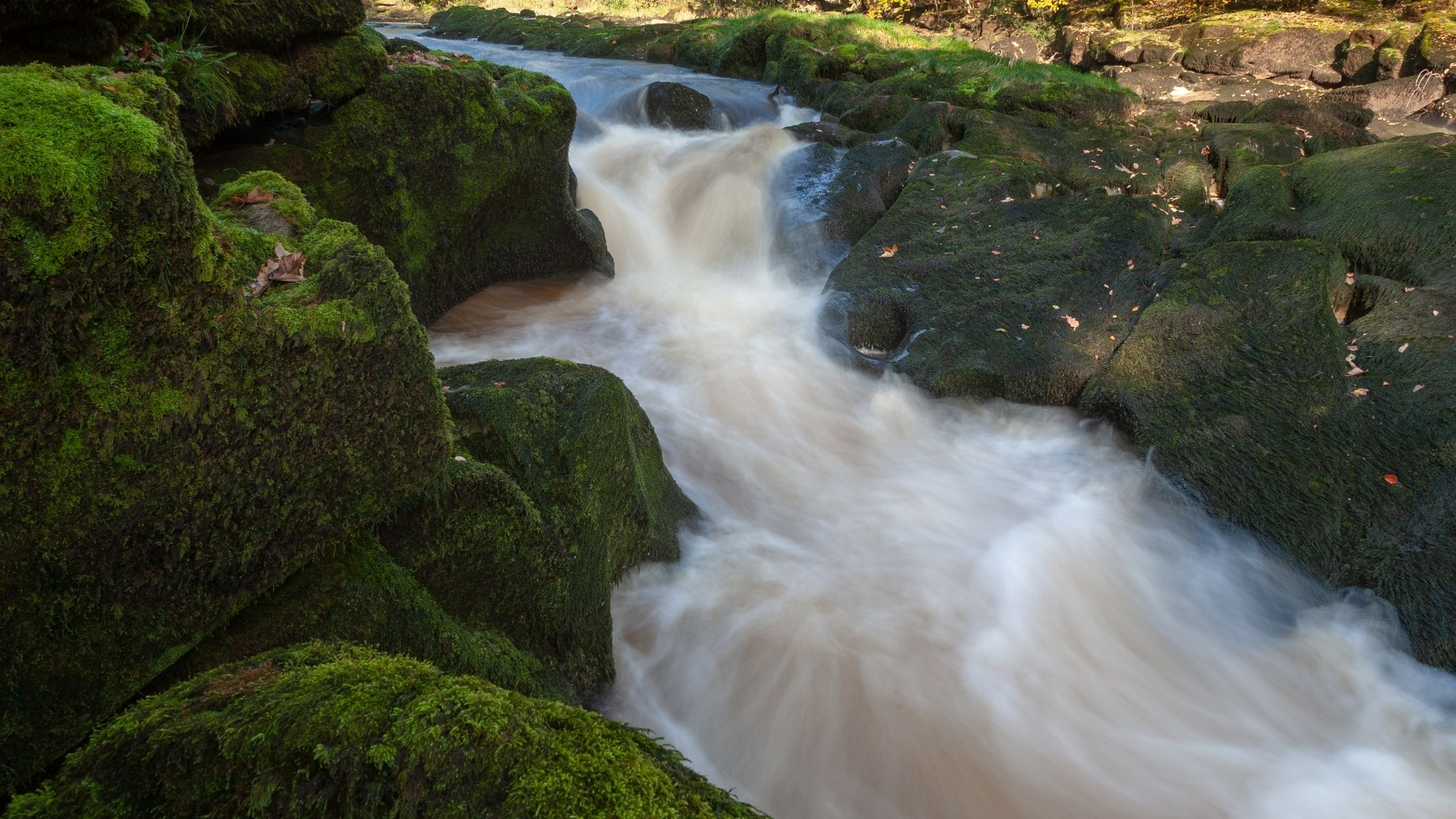 You may find this one a bit creepier than the sailing stones due to its history. The creek is actually a deadly waterway that has managed to drag down everyone who ever set foot in it.

At first glance, Bolton Strid looks just like the regular picturesque creek that you would see on a postcard. However, under the surface lies the danger that has already claimed the lives of many. The reason this creek is special is that the waters change orientation. Instead of flowing in a wide horizontal course, the waters begin to flow vertically in the tight shaft created by the natural rock. That leads to a deep and powerful current which eventually creates a void where people (and other things) can become trapped.

The area remains popular for hiking and walks, but it’s also full of warning signs to be careful near the water. If you ever visit, you must remember to keep a safe distance from the deadly waterway. 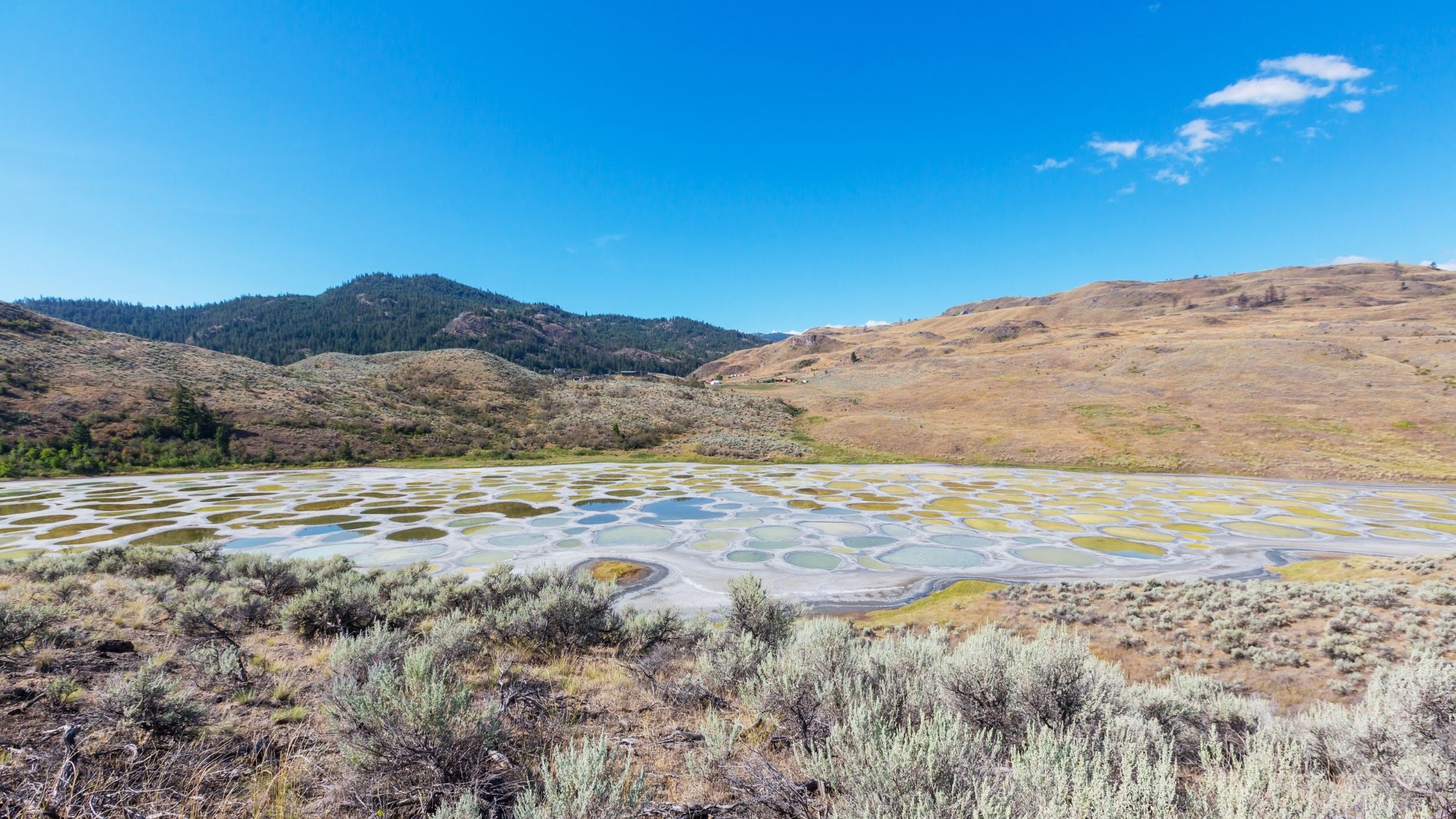 During wintertime and springtime, Spotted Lake looks no different than any other body of water. However, as soon as most of the water gets evaporated in summer, tons of huge pools show up, leaving a landscape that is full of yellow, blue, and green spots in polka-dotted shapes.

Spotted Lake has been considered a sacred place for many centuries by the indigenous people of the Okanagan Nation. The indigenous people had the belief that each of the different circles had different healing and medicinal properties. The history of the lake is complex — during World War I, minerals from the lake were taken and used to produce ammunition.

Who knows what else mystical lies in the Spotted Lake… Got any theories of your own? 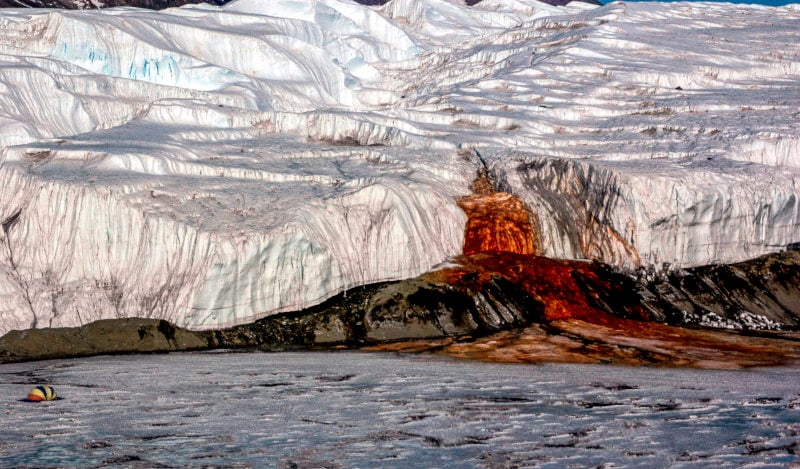 Also, Antarctica’s so-called Blood Falls might look like a geological crime scene, the five-story, crimson waterfall of Taylor Glacier is a complete natural wonder.
The phenomenon can be traced back about 5 million years when the glacier sealed off a microbe-rich lake beneath it. Isolated from light and oxygen, the water became more and more concentrated, both in terms of salt and iron content. The water’s salinity level (about three times saltier than the ocean) keeps it from freezing, while the iron provides the color. It then seeps out through a fissure in the glacier and we get to witness the gory display.
The red-brown falls are named for their unusual color, but what they are actually made of and why the water flows even though the temperature is so cold has been a mystery for a very long time. 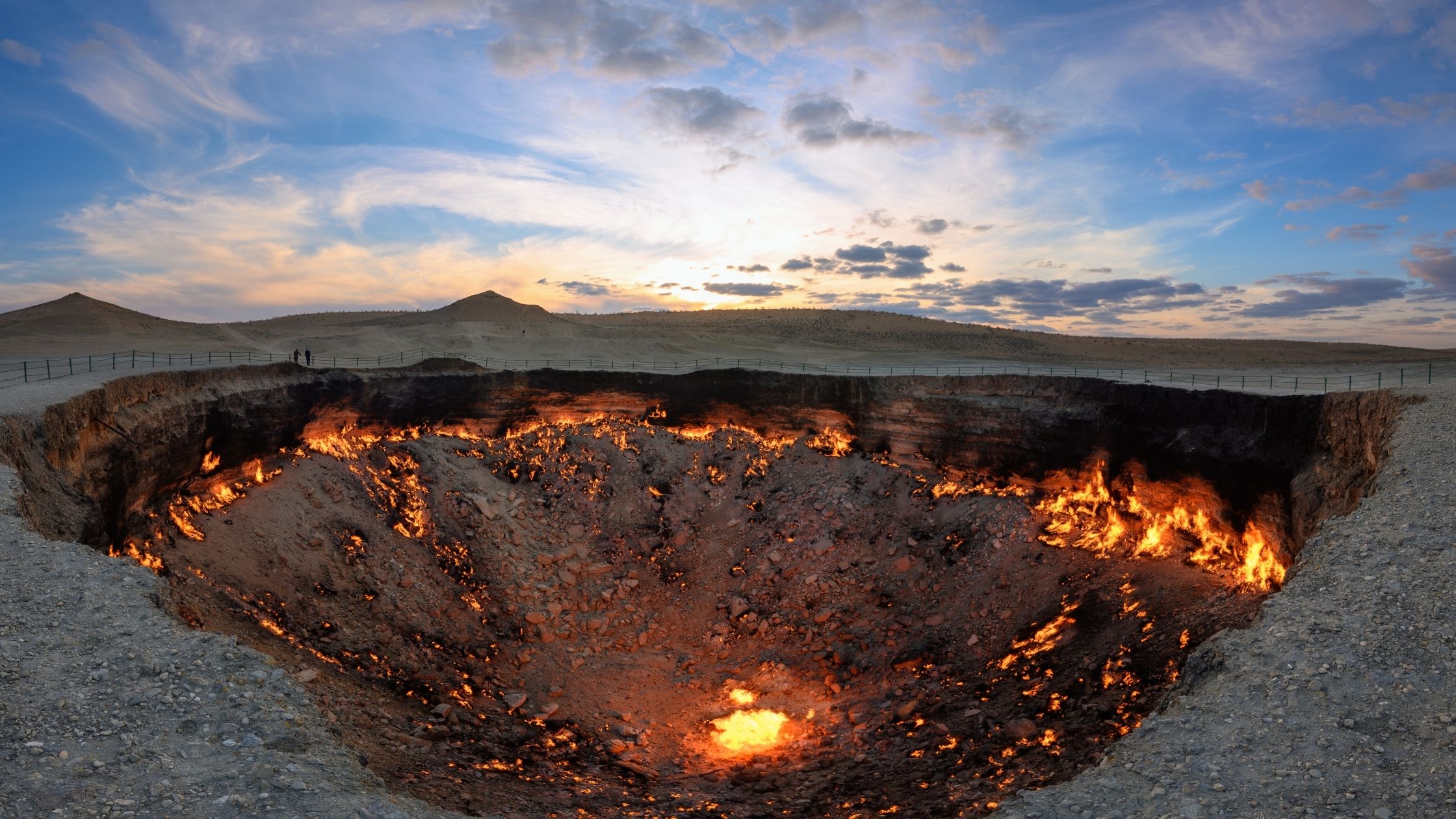 The Gates of Hell, Turkmenistan

Burning since 1971, this fiery crater near the small village of Darvaza looks like something out of an apocalyptic movie. The 230-foot hole has been on fire for over 40 years now.

The Gates of Hell crater came to be when Soviet scientists accidentally punched into a massive underground natural gas cavern. That caused the ground to collapse and the entire drilling rig to fall in. Due to puncturing a pocket of gas, poisonous fumes began leaking at an alarming rate. The scientists decided to light the crater on fire to burn off the methane, creating a Dantean anomaly that remains lit to this day.

Despite how dangerous it looks, people are still not too afraid of the Gates of Hell. The fiery pit is regularly visited by hikers and travelers who venture near it. Would you dare to step foot near the Gates of Hell? 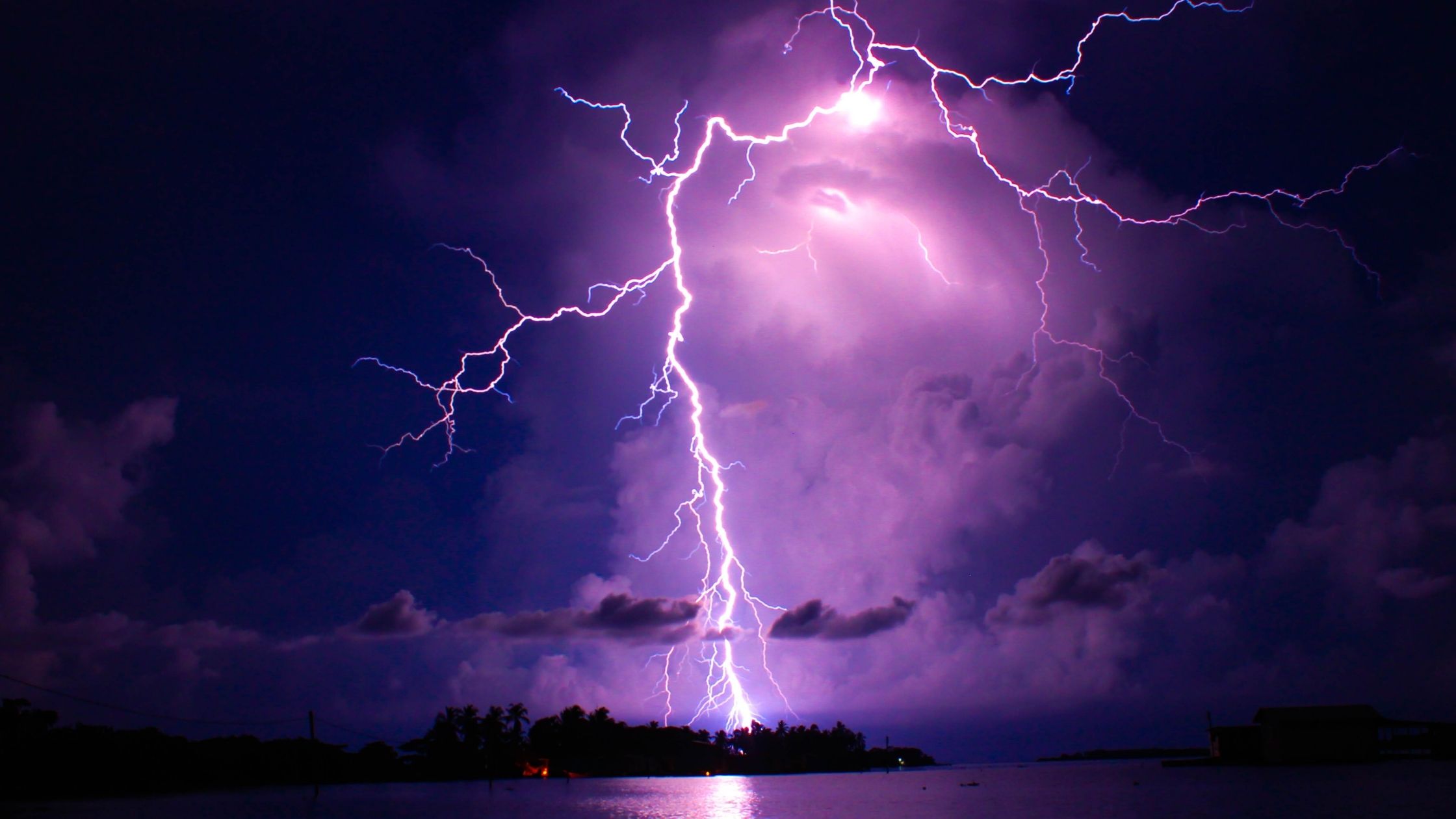 Earth hosts a number of amazing storm systems. One of the most impressive, in Catatumbo, sends out some 1,176,000 lightning discharges per year. Many nights, over 40,000 bolts spread across the night sky.

This phenomenon happens some 300 nights a year and continues for nine hours at a time. This is known as the “Relámpago del Catatumbo” (Catatumbo lightning). In order to see it, you will need to head to the mouth of the Catatumbo river at Lake Maracaibo in Venezuela.

Lightning is known to change its frequency throughout the year, and it is different each year. For example, it disappeared from January to March 2010, likely due to drought, leading to unfounded speculation that it might have been extinguished permanently. If a light show is your cup of tea, then you know where to go. 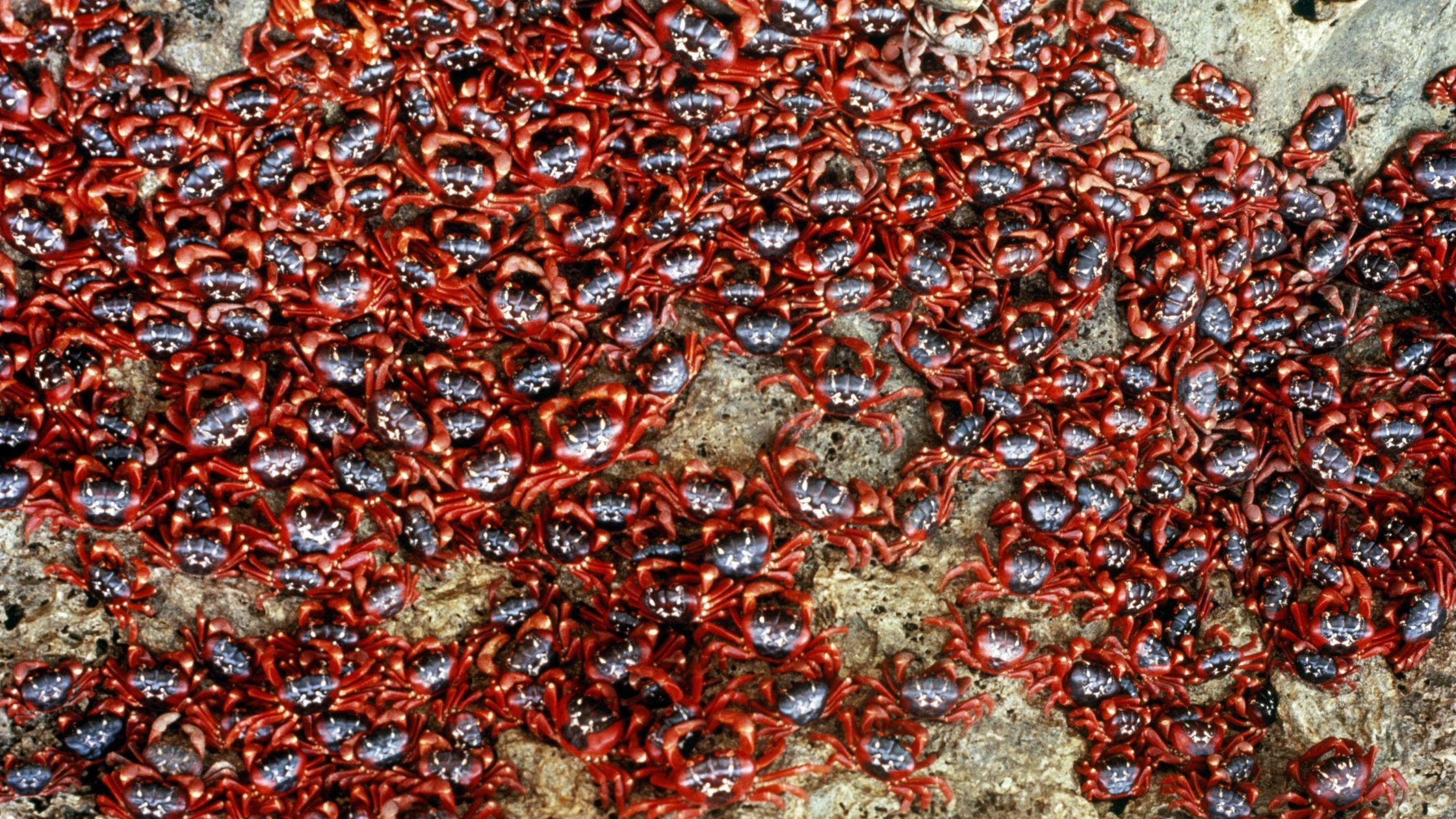 Emerging from the forest every year, millions of these large crabs can be seen walking toward the ocean in the hopes of breeding. On the way, they swarm across roads, streams, rocks, and beaches. The migration, typically late fall or early winter, is usually led by male crabs, while females walk behind them. A bit like werewolves, their speed is actually determined by the phase of the mood (let’s just hope they don’t turn into anything worse during a full moon).

The red crab migration is Christmas Island’s biggest tourist attraction, attracting nature-lovers from all over the world. Don’t worry about missing them — the local news provides updates on crab movements during the migration. 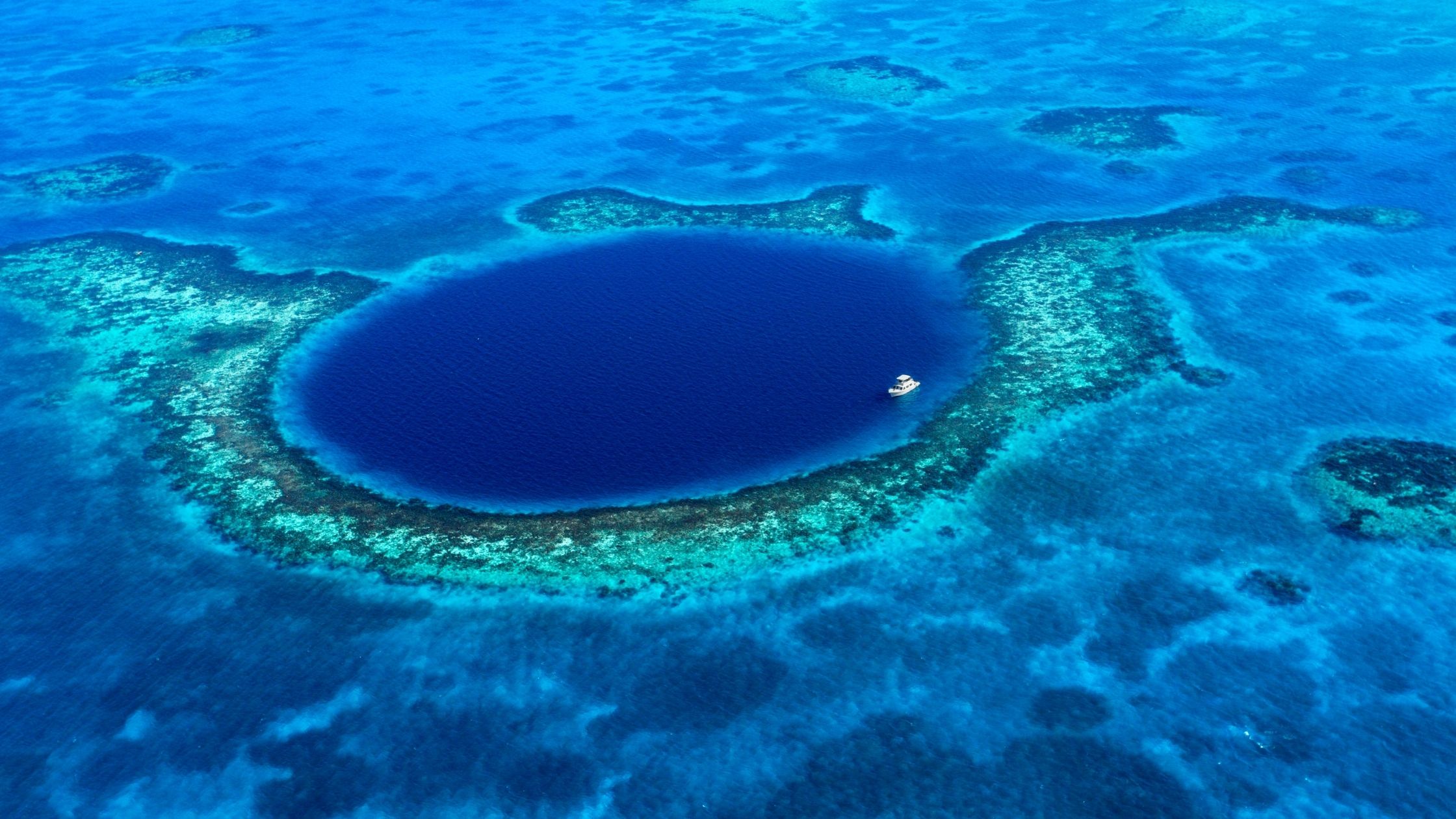 Even though it seems a bit like the kind of place that can suck you to the core of the Earth, the Great Blue Hole is also incredibly beautiful to look at. It’s not only a top attraction that attracts many tourists every year, it is also home to many nurse sharks, reef sharks, black tips sharks, and giant groupers.

The spot is considered one of the top dive spots in the world, declared such by Jacques Cousteau, a legendary marine biologist. Experienced divers can find a lot of beauty and a lot to engage with when diving the wonder. Would you dare to dive right into the middle of this massive hole?

As we can see, the world is filled with incredible phenomena and wonders that are often hard to explain. The truth is that we don’t always need to go this far to find something spooky. That said, which of these wonders would you be most likely to visit if you could?

We wish all of you a spooky Halloween!